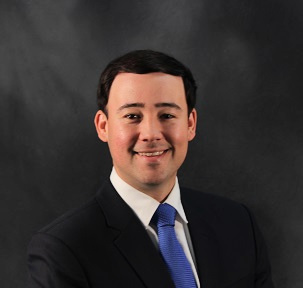 On May 2, 2019, The Maryland Court of Special Appeals, in a written opinion, upheld the validity of a local ordinance, which was previously declared preempted by State law in a lower court. In cases past, local communities hoping to improve the health and welfare of its citizens through local ordinances have been thwarted by the implied preemption by State Law jurisprudence. The Court of Special Appeals’ decision in Montgomery County, Maryland v. Complete Lawn Care, Inc., et al. is a win for such local advocacy groups and legislatures. 240 Md.App. 664, 207 A.3d 695 (2019).

In Complete Law Care, the Court was asked to decide whether a 2015 Montgomery County ordinance restricting the use of certain pesticides for cosmetic use in areas where children play was in conflict with or impliedly preempted by Maryland’s Agricultural Article. In August of 2017, the Circuit Court for Montgomery County held that the local ordinance was both impliedly preempted and in conflict with Maryland’s Agricultural Article. Id. at 669-70. The Court of Special Appeals, in reversing and remanding for an entry of declaratory judgment in favor of the County, opined that the local ordinance was neither in conflict with or impliedly preempted by the State Agricultural Article, but was rather acting concurrently with and building upon the foundation laid by the State of Maryland for the promotion of the health and welfare of local communities. Id. at 690.

In determining whether the local ordinance was preempted by implication, the Court performed an analysis of the Allied Vending factors, including the primary factor of whether the comprehensiveness with which the General Assembly has legislated the field, as well as the secondary factors: “whether local laws existed prior to the enactment of the state laws governing the same subject matter”; “whether the state laws provide for pervasive administrative regulation”; “whether the state law expressly provides concurrent legislative authority to local jurisdictions or requires compliance with local ordinances”; “whether a state agency responsible for administering and enforcing the state law has recognized local authority to act in the field”; and “whether the particular aspect of the field sought to be regulated by the local government has been address by the state legislation.” Allied Vending, Inc. v. City of Bowie, 332 Md. 279, 299 (1993). The Court reasoned that Maryland legislators have time and time again encouraged, deferred to, and even in some instances, as is the case with the Chesapeake and Atlantic Coastal Bays Critical Area Protection Program, required localities to establish best management practices with respect to pesticides and agriculture in light of their unique geography, environment, and wildlife. Complete Lawn Care, Inc., 240 Md. App. at 690-91.  As such, the Court held that the Montgomery County ordinance was not preempted by implication. Id. at 690-91.  The Court closed its written opinion with the following remarks: “we conclude that the citizens of Montgomery County are not powerless to restrict the use of certain toxins that have long been recognized as ‘economic poisons’ and which pose risks to the public health and environment.” Id. at 709.

The Court’s decision in Complete Lawn Care has encouraged community advocacy programs to lobby local legislatures to increase local regulation for the promotion of health and welfare. Local advocacy programs around the State of Maryland are lobbying for greater regulation on fair housing, pollution and chemical waste, which will appropriately address the unique problems facing their community. Some advocacy programs are even lobbying for high minimum wage to address the disparate rise in cost of living in certain counties throughout the State of Maryland. While the Court’s decision in Complete Lawn Care is but one decision, there may be more like it in the future. The heart of the matter as set forth by the Court is that where a local ordinance is not expressly preempted or in direct conflict with State Law, attenuated notions of an implied preemption should not encumber local communities in their pursuit to advance the health and welfare of its citizens.