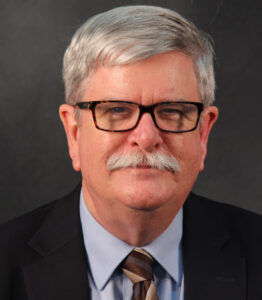 Tom serves Of Counsel to the Insurance Defense, Insurance Coverage and Workers Compensation practice groups after retiring from the full-time practice of law in 2020, focusing primarily in the areas of civil litigation, insurance coverage, insurance defense, bad faith litigation, professional liability, catastrophic personal injury claims, construction litigation, toxic torts, products liability, and workers compensation. Throughout the course of his career, Tom has tried over 400 cases to jury verdict and handled hundreds of other bench trials, arbitrations and appellate proceedings primarily in the State and Federal courts of Maryland and the District of Columbia.  Tom has served numerous professional appointments, boards and associations, and received many professional awards, reflecting his commitment to the furtherance of legal education, professionalism and civility in the practice of law.

Tom is an amateur musician, and has entertained at firm social functions over the years. He is a long standing writer and cast member for the musical comedy Bar Revue put on each year by the Bar Association. He and his wife, Melory, live in Cabin John, Maryland.