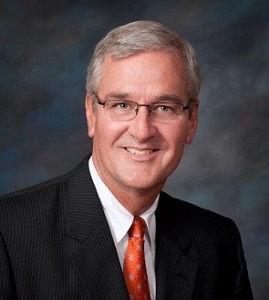 Bob is the principal member of the Insurance Defense, Personal Injury, and Criminal Defense practice groups. He works primarily in the areas of civil litigation, catastrophic personal injury claims, toxic torts, product liability, admiralty and maritime law, and criminal defense. Throughout the course of his career, Bob has tried hundreds of civil and criminal cases to verdict and handled numerous other claims, arbitrations, and appellate proceedings primarily in the State and Federal courts of Maryland and the District of Columbia. Bobby has also served on numerous professional committees and boards, and he has been very active with the bar associations for the jurisdictions in which he is licensed.

Starting in his first year of law school, Bob clerked for McCarthy Wilson in Rockville, Maryland. Upon graduating from Catholic University, he served a one-year clerkship for The Honorable William C. Miller, Associate Justice of the Circuit Court for Montgomery County, Maryland. He returned to the firm as an associate in 1986 and became a partner in 1994. He is admitted to practice in the State of Maryland, the District of Columbia and several Federal Courts, including the Supreme Court of the United States. Bob has tried over 160 jury trials to verdict throughout the State of Maryland, the District of Columbia and in the Federal Courts of Maryland and D.C.

Outside of his profession, he has served on the President’s Council of Mt. St. Mary’s College and as Chair of the Parents’ Club of Georgetown Preparatory School in North Bethesda, Maryland. An avid hunter, Bob enjoys all sports. He has been active in various area athletic associations and has coached baseball, basketball and soccer. Other interests include golfing and boating. Bob and his wife, Marlena, are the proud parents of five sons, Bobby, Brian, Sean, Kyle and Billy. They currently reside in Rockville, Maryland.