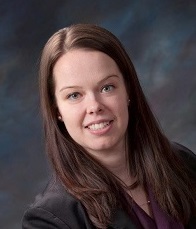 Kathleen is a member of the Insurance Defense, Commercial Litigation and Construction Law practice groups, and she works primarily in areas of general civil litigation, toxic torts, insurance defense, construction litigation, products liability, and personal injury. Kathleen assists in the handling of cases for individual, institutional and commercial clients. She is an active member in the Maryland Bar and Montgomery County Bar Associations and served on the Committee for the Lawyer's Campaign Against Hunger.