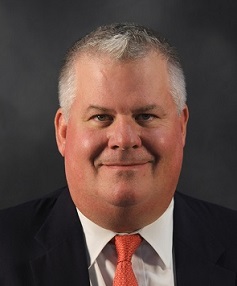 Dave is a principal member of the Insurance Defense, Construction Law and Large Loss Subrogation practice groups, and he works primarily in the areas of general civil litigation, insurance defense, construction litigation, commercial litigation, toxic torts, products liability, professional liability, and personal injury. Throughout the course of his career, Dave has tried hundreds of cases to verdict and handled hundreds of other claims, arbitrations and appellate proceedings primarily in the State and Federal courts of Maryland and the District of Columbia. Dave has also served on numerous professional boards and associations, and received professional awards in recognition of his commitment to the furtherance of education, professionalism and civility in the practice of law.

Dave has been a partner at McCarthy Wilson LLP since 2002. He was born in Washington, D.C. in 1968, and has always resided in Montgomery County. He is the eldest of five children, attended local schools and from an early age was extremely involved in sports. During his years at Georgetown Prep, Dave participated in various sports and was co-captain of an Interstate Athletic Conference championship football team and named Second Team All-Metropolitan and All-I.A.C. in his senior year. Dave attended the Georgetown University School of Business, was named to the Dean's List, while continuing to participate in athletics. He was selected as MVP of Georgetown's football team in his senior year.

Dave attended Catholic University Law School and was selected to write for The Law Review; however, he declined the invitation in order to pursue a career in litigation. From May 1992 through May 1994, while attending law school, Dave clerked for McCarthy Wilson and returned to the firm in August of 1995 as an associate after completing his clerkship for The Honorable William Cave in the Circuit Court for Montgomery County, Maryland. Dave has concentrated his trial practice primarily in the areas of commercial litigation and construction litigation, as well as serious personal injury and premises liability cases. He has handled numerous intentional tort cases, and has extensive experience handling insurance defense cases. He has tried and/or arbitrated, in excess of 200 cases, and serves as a Court-Appointed mediator on many occasions.

When time permits, he enjoys playing golf, fishing and hunting. Dave lives in Montgomery County with his family.