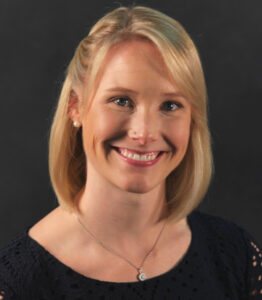 Carly is a member of the Insurance Defense practice group, and she works primarily in the areas of general civil litigation, insurance defense, and personal injury. Carly assists in the handling of cases for individual, institutional, and commercial clients.

Carly was raised in Ringwood, New Jersey and attended high school at Immaculate Heart Academy, where she played soccer and was involved in Peer Ministry. After high school, Carly enrolled in Wake Forest University. At Wake Forest, she was a member of Delta Delta Delta sorority’s Gamma Kappa chapter, and served as philanthropy chair in her sophomore year. Carly graduated from Wake Forest University with honors, and earned a degree in English with minors in Psychology and African Studies.

After college, Carly attended American University Washington College of Law in Washington, D.C, where she graduated with honors. While in school, Carly was the Co-Executive Editor of the National Security Law Brief, and a research assistant to Professor Ira Robbins. Carly also spent two years as an Integrated Curriculum Dean’s Fellow, mentoring groups of incoming first-year law students. Outside of school, Carly interned with Child Justice, Inc., the Department of Justice’s Office of Justice for Victims of Overseas Terrorism in the National Security Division, and clerked for McCarthy Wilson for almost two years.

Before returning to McCarthy Wilson LLP, Carly served for one year as the law clerk to the Honorable David A. Boynton at the Circuit Court for Montgomery County, Maryland.

Outside of work, Carly enjoys cooking, cheering on the Demon Deacons, and spending time with friends and family.